Use of already downloaded Sentinel data

I intend to perform a test run of our System with already downloaded and local storaged Sentinel L1C data. For this, following the User´s Manual (Appendix A.7) I edited the ExecStart line in “usr/lib/systemd/system/sen2agri-sentinel-downloader.service” file to -l local i- /Sentinel_2_Data who I stored de data in YYYY/MM/DD/S2A_MSIL1C_XXX.safe format. However, no download or processing is performed in the automated mode (view screenshot of the sentinel_download.log) and a manual download request from the comand line (downloader.py) say´s it could not get the catalog output for footprints. The already downloaded productos covers entire the uploaded shapefile. What os wrong? 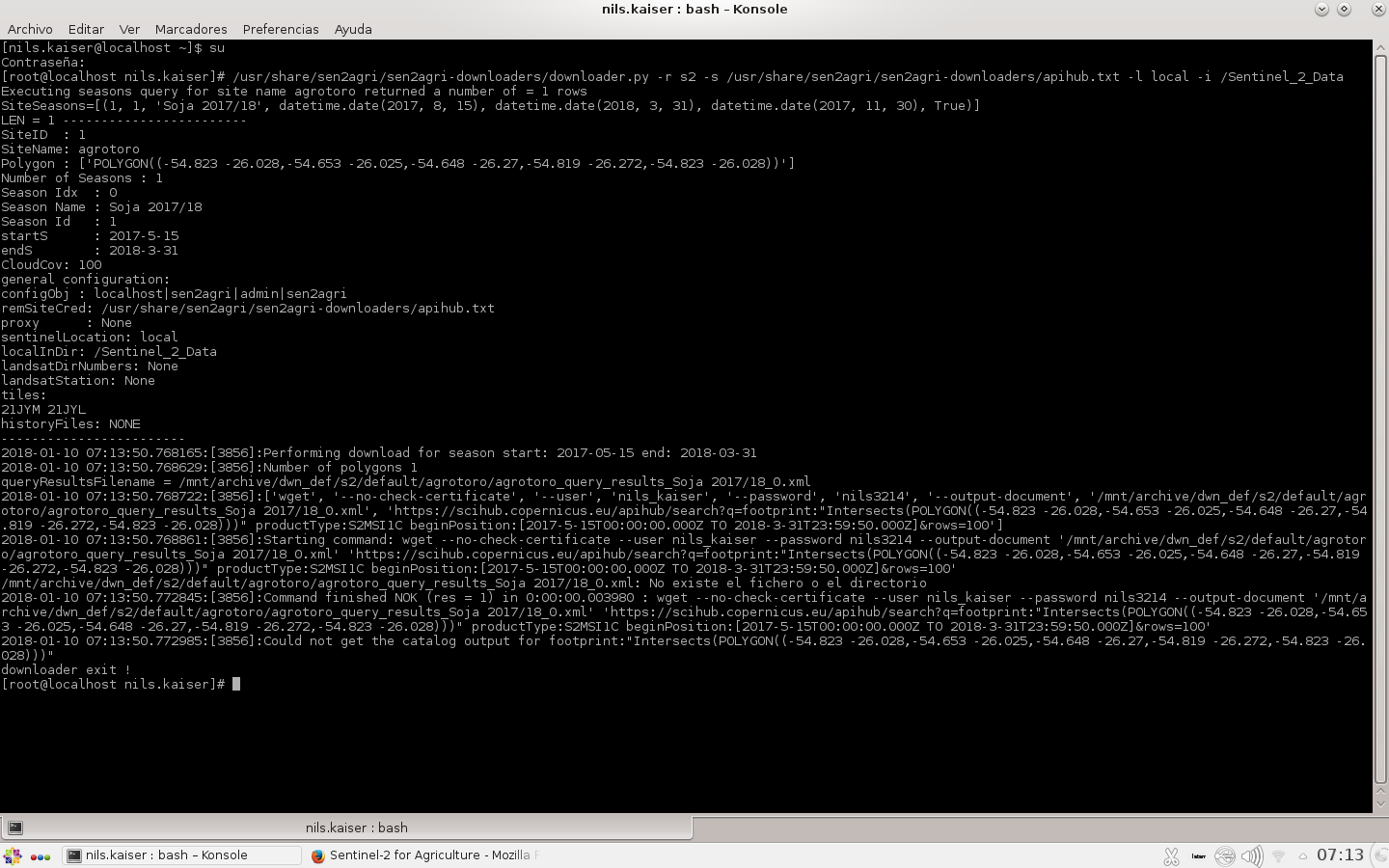 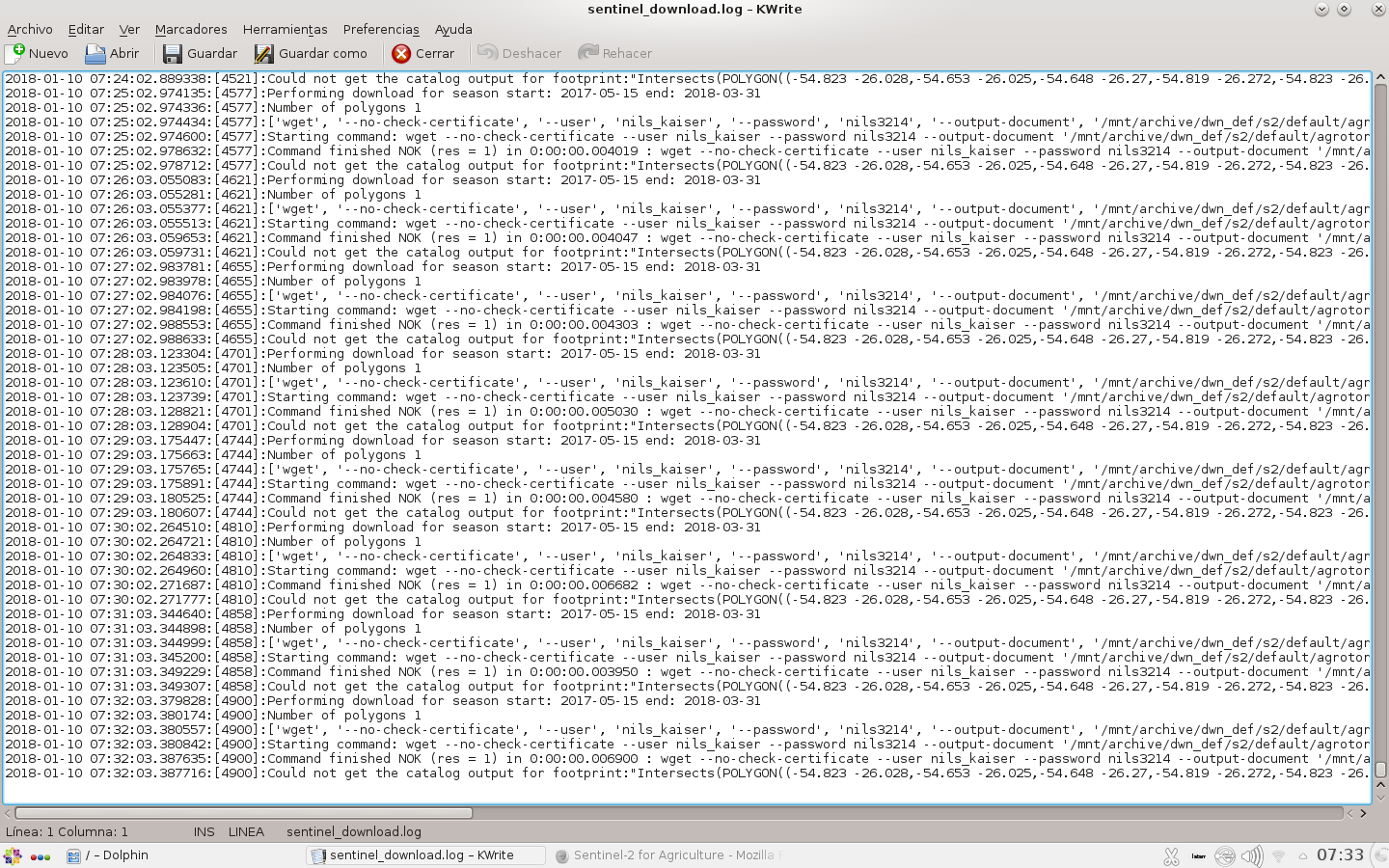 That’s strange, it looks like the wget invocation is failing. Does /mnt/archive/dwn_def/s2/default/agrotoro/ exist?

Maybe try manually running the command in the second to last line of the first screenshot. You should probably do that under the sen2agri-service user (run sudo su -l sen2agri-service beforehand).

Please try renaming the season. Looking at the file it’s trying to save, I don’t think slashes are supported in season names – and there might be issues with spaces too.

I tried deleting the active season and creating a other without slash in his name (Soja_2017). Also tried deleting and re-creating the page with other name. It dont´work, still say´s it could not get the catalog output for footprints. Also I checked the uploaded shapefile and stored L1C productos on a GIS, entire overlap. 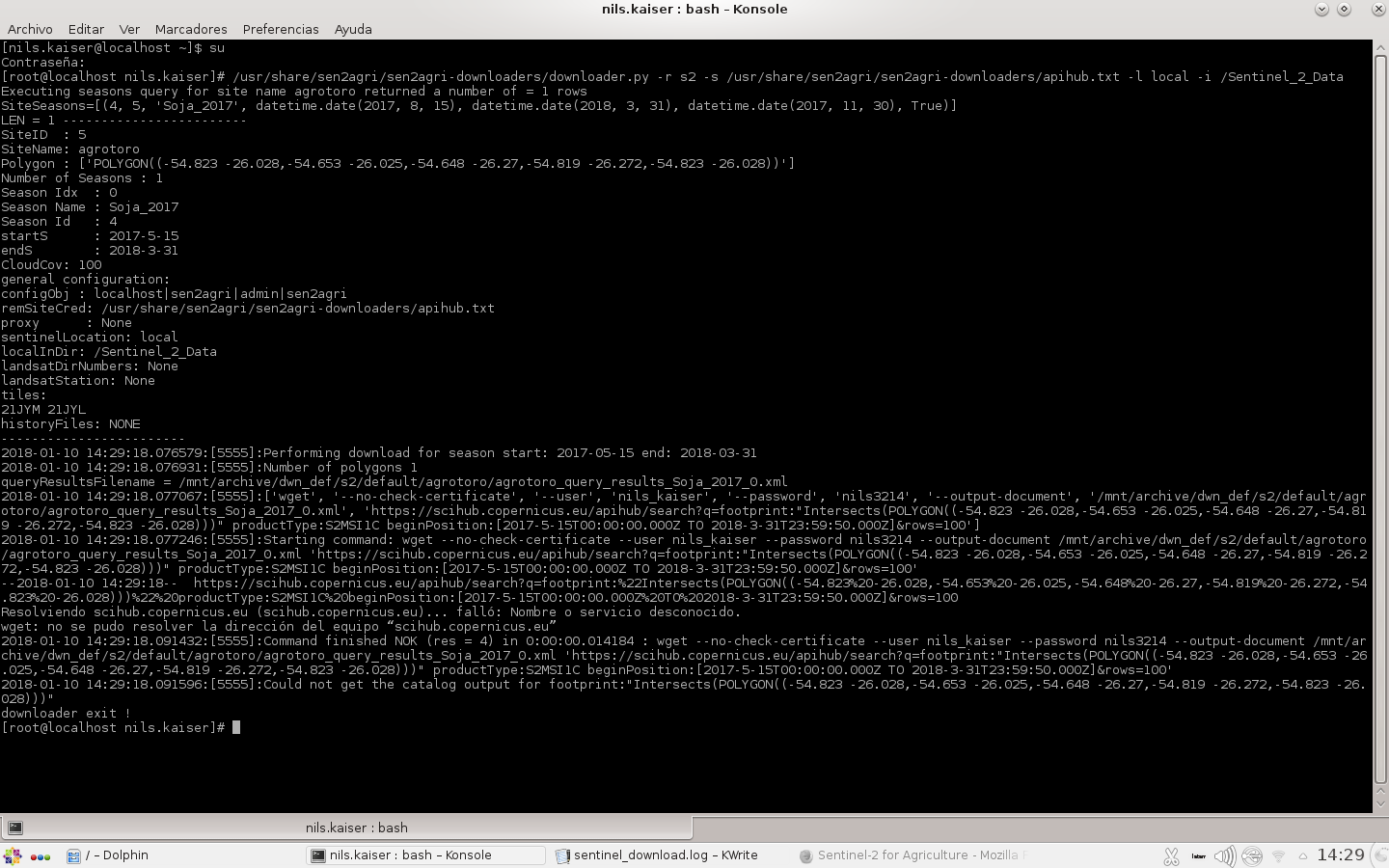 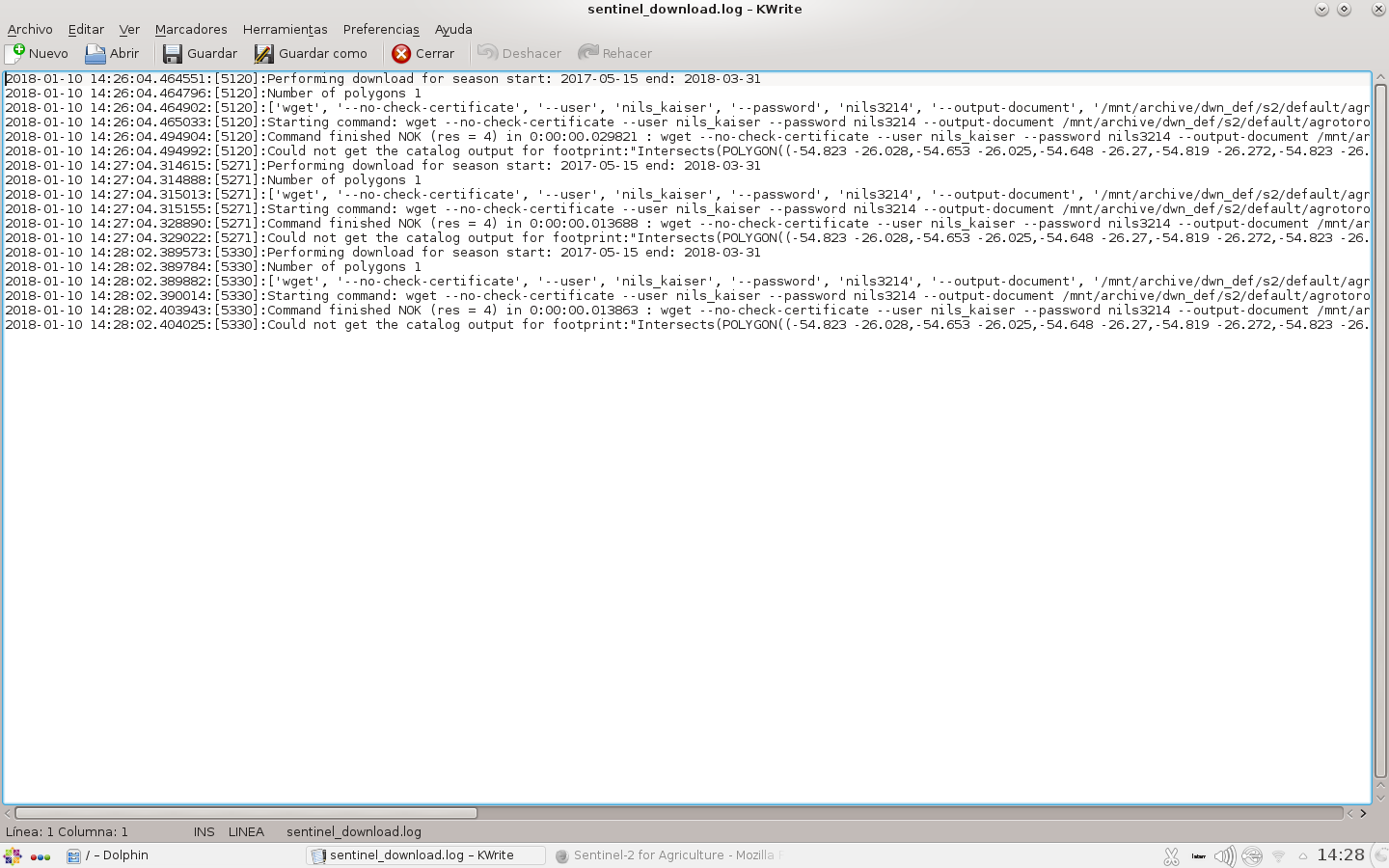 The error is different this time:

The host seems to resolve fine from here, so it sounds like a network issue?

You are right, now it works. I not considered that the PC must be online also with local stored data.

It does. The downloader uses SciHub to figure out what products it should be looking for.